Posted on July 8, 2013 by Understanding Ultimate 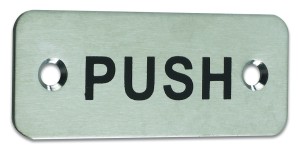 Let’s be clear: I love the in-depth analysis analysis from the NexGen Filmroom. And my blog isn’t generally intended to be emotional or controversial.

But I confess that this piece made me pretty angry. It’s that 6th paragraph in particular, talking about Ring’s defensive style, about Mickle and Puolos.

First, a disclaimer. I’m not going to talk about what happened on the pitch. That’s between the players, and it’s not for me or anyone else to second-guess that or to declare that one team or other is or isn’t fouling. My dispute is with what this writer believes has happened, and his response to it, not what actually happened on the pitch.

Is it reasonable to lean on an opponent, to push him out of his preferred position? Is it ‘savvy’ to foul someone and then call foul on them? Is this sort of situation really ‘a foul that seems (but isn’t) unfair’?

I don’t buy this nonsense that Ultimate is a limited-contact sport, if that implies that there is some contact you’re allowed to deliberately make. Rather, as it says clearly in the rules, Ultimate is a non-contact sport. Certain kinds of accidental contact – incidental (meaning it has no effect on the play), or caused by both players equally – are not fouls, but no player has the right to individually initiate contact.

Let’s look more closely at the WFDF definition. Incidental contact is defined as “Any contact which is not dangerous in nature and does not affect the play.”

So put yourself in the shoes of a defender making deliberate contact, for example leaning in to a receiver. If you believe that the contact will affect the game, that it will help you defend, then you are flat-out cheating. You are deliberately causing contact in order to affect the play. It’s not incidental.

But – and this is the crucial part of my argument today – if you claim that it is incidental, that it doesn’t affect the play, then why on earth are you doing it? You MUST believe that it will affect the game, otherwise you’re just fondling the opponent for weird reasons of your own.

If you want to get ultra-picky, then I guess you could sometimes argue that whilst you were intending to affect the game by making contact, you actually didn’t affect the game in a particular circumstance, and therefore the contact is incidental as things worked out. But the mere intent to breach the rules is itself a breach of the spirit of the game – “It is trusted that no player will intentionally break the rules.” (WFDF) and “It is assumed that no player will intentionally violate the rules.” (USAU 11th)

Don’t get me wrong. What I’m arguing against is the defender using deliberate contact in order to defend better. I’m not arguing they should get out of the offence’s way, or that every bit of contact is a foul, or that the offence has all the rights. It is entirely proper that a defender should do anything within the rules to make life harder for the offence.

I have no problem with tight defence, using your body to seal off where the cutter wants to go. I have no problem with reasonable levels of contact that are both incidental and accidental, or are caused equally by both players running to the same point. But deliberately causing contact, with the intention of affecting the game, is specifically outlawed.

Everything about that paragraph discussing Mickle and Puolos is utterly alien to how I understand this game to work. It is not in any way the offence player’s responsibility to fix this, to ‘move away from the contact’ as the writer suggests. By rule 12.8: “Every player is entitled to occupy any position on the field not occupied by any opposing player, provided that they do not initiate contact in taking such a position.” Why should he move?

It is the other player’s responsibility to not lean on him in the first place.

[Note, again, that I’m talking about the writer’s interpretation, and not commenting on whether the players actually are fouling each other.]

So, what do you think? Can anyone explain to me why this sort of thing should be called ‘savvy’ defence?

P.S. – the common thought that ‘I used to play football and I quite like lots of contact,’ isn’t an argument here. It might be an argument you could have with WFDF or USAU if you wanted to change the way the rules are written in the future, but it won’t win an argument about how to play under the existing rules . . .
P.P.S. – the USAU rules are not much different. I just covered one definition in the piece, but the rules this particular match was played under state:
“Incidental contact: Contact between opposing players that does not affect continued play. For example, contact affects continued play if the contact knocks a player off-balance and interferes with his ability to continue cutting or playing defense.”
The same argument applies – would an offence player retain his normal balance if someone was leaning on him? If the defender doesn’t believe he’s interfering with the ‘ability to continue cutting’ then why is he doing it?
In fact, both WFDF and USAU are very clear.
“All players must attempt to avoid contact with other players, and there is no situation where a player may justify initiating contact.” (WFDF)
“It is the responsibility of all players to avoid contact in every way possible. ” (USAU 11th)
The traditional answer given by those who choose to disregard these very clear rules is that the contact was incidental; I hope I’ve shown that that argument is nonsense.

This entry was posted in General comment. Bookmark the permalink.